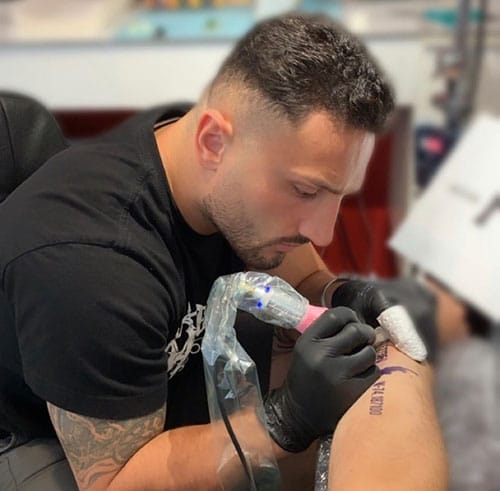 Andrew Russo (son of owner Frank Russo) is a new, developing artist at Ink Couture. Andrew attended Our Lady Star of the Sea Elementary School in Huguenot and graduated from Tottenville High School.

He went on to play Division 1 football as a running back for Wagner College. While there, he pursued a Special Ed degree in Mathematics. As he was taking electives there, he learned art was something he could develop and pursue as a career.

He made the decision to begin his tattoo apprenticeship the week that he graduated from college. With countless hours of practice on paper and learning from world renowned artists who fly in from all over the world to tattoo at Ink Couture, he’s achieved his goal of becoming a tattoo artist.

Andrew focuses on black and grey realism and is working his way up rapidly as a young, talented Staten Island tattoo artist.

Google Rating
4.5
Based on 87 reviews

Join our email list for updates on our artists, our semi-annual gift card sales, and new procedures.